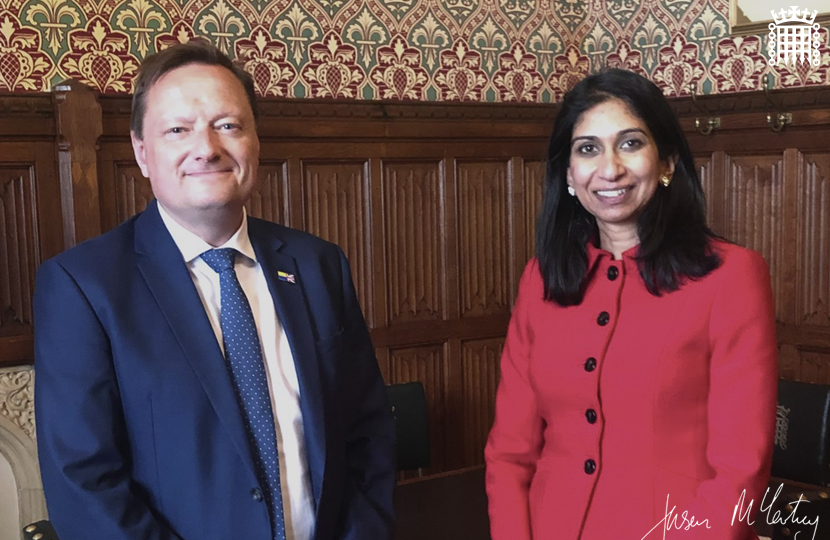 Jason McCartney MP is honoured to have been appointed as Parliamentary Private Secretary to the Attorney General the Rt Hon Suella Braverman QC MP.

The Attorney General is the Chief Legal Adviser to the Crown and has a number of independent public interest functions, as well as overseeing the Law Officers’ departments.

I’m honoured to take on this role and look forward to working with the Attorney General’s office on a range of topics including a package of support for the International Criminal Court’s (ICC) investigation into alleged war crimes in Ukraine.

I remain fully focused on working with the Government on delivering for the people of the Colne and Holme valleys and Lindley whether it’s the new A&E unit at HRI, roll out of Gigabit broadband and support for local people with the cost of living.

Jason had a lovely recent visit to Standedge Tunnel and Visitor Centre near Marsden to meet the Canal & River Trust staff and volunteers.